Brief: the factors that affect the efficiency and life of diamond circular saw blade are sawing process parameters, diamond particle size, concentration, bond hardness and so on. The sawing energy includes the linear speed of saw blade, sawing concentration and feeding speed.

The factors that affect the efficiency and life of diamond circular saw blade are cutting process parameters, diamond particle size, concentration, bond hardness and so on. The sawing energy includes the linear speed of saw blade, sawing concentration and feeding speed.

(2) Sawing depth: sawing depth is an important parameter related to diamond wear, effective sawing, stress of saw blade and properties of stone to be sawed. Generally speaking, when the linear speed of the diamond saw blade is high, a small cutting depth should be selected. From the current technology, the depth of cutting diamond can be selected between 1mm and 10 mm. Generally, when a large diameter saw blade is used to cut granite, the cutting depth can be controlled between 1mm and 2mm, and at the same time, the cutting speed should be reduced. When the linear velocity of diamond circular saw blade is large, a large cutting depth should be selected. However, when the performance of the saw and the strength of the cutting tool are within the allowable range, the cutting concentration should be as large as possible to improve the cutting efficiency. When the machining surface is required, small depth cutting shall be adopted.


(1) Diamond granularity: the commonly used diamond granularity is in the range of 30 / 35-60 / 80. The harder the rock is, the finer the grain size should be selected. Because under the same pressure, the finer and sharper the diamond is, the better it is to cut into the hard rock. In addition, generally large-diameter saw blade requires high sawing efficiency, so it is better to select coarse grain size, such as 30 / 40, 40 / 50; small-diameter saw blade has low sawing efficiency, and requires smooth rock sawing section, so it is better to select fine grain size, such as 50 / 60, 60 / 80.

Temperature effect: according to the traditional theory, the influence of temperature on the saw blade process is mainly manifested in two aspects: one is to lead to the graphitization of diamond in the caking; the other is to cause the thermal force between diamond and matrix and lead to the premature falling off of diamond particles. New research shows that the heat generated in the cutting process is mainly transferred into caking. The temperature of arc area is not high, generally between 40-120 ˇć. However, the temperature of grinding point is relatively high, generally between 250 ˇć and 700 ˇć. However, the coolant only reduces the average temperature of the arc region, but has little effect on the abrasive temperature. Such a temperature does not lead to carbonization of graphite, but it will change the friction performance between abrasive particles and workpieces, and cause thermal stress between diamond and additives, leading to fundamental bending of diamond failure mechanism. The research shows that the temperature effect is the most important factor to damage the saw blade.

Wear and tear: due to the stress effect and temperature, the saw blade will often wear and tear after being used for some time. The main forms of grinding damage are as follows: abrasive wear, local crushing, large area crushing, falling off, mechanical abrasion of bond along the cutting speed direction. Abrasive wear: the continuous friction between diamond particles and the type, it will have edge passivation into a flat surface, caused the loss of cutting performance,and  increase friction. Sawing heat will make the surface of diamond particles appear graphitized thin layer, greatly reduce the hardness, and intensify the wear: diamond particle surface bearing 2020-04-27
Brief: the factors that affect the efficiency and life of diamond circular saw blade are sawing proc... 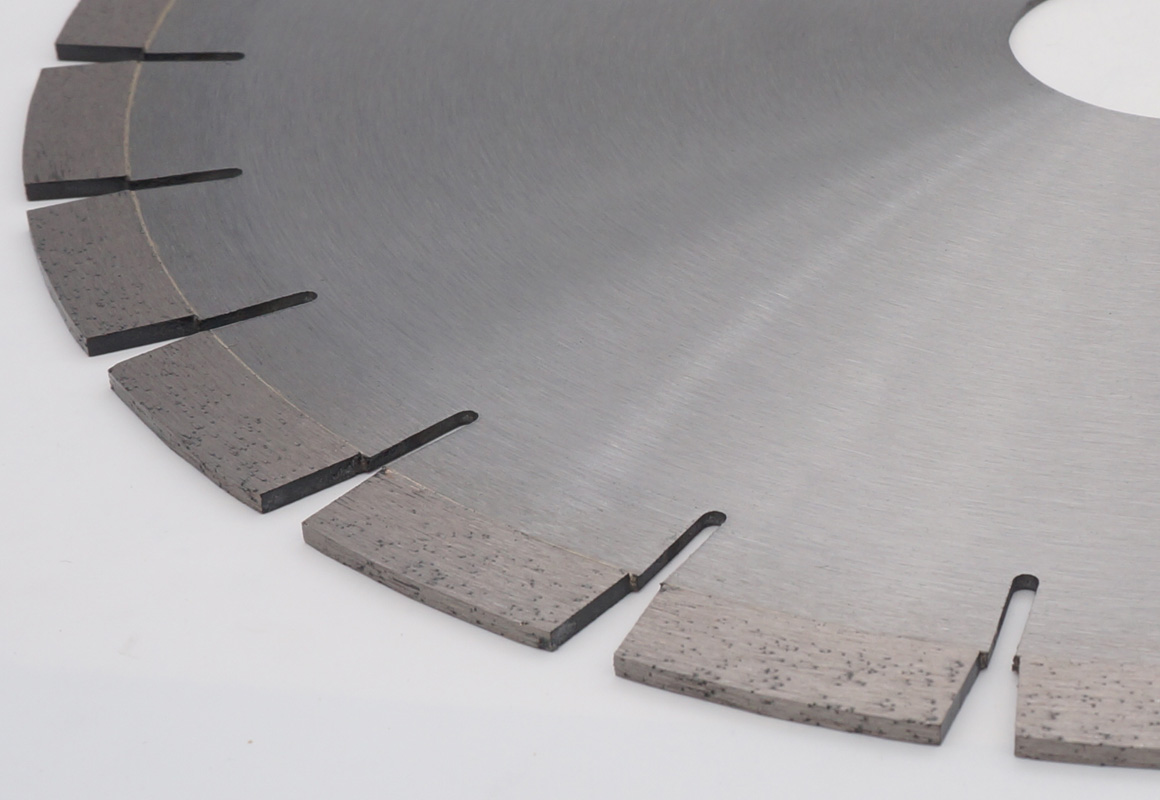 2020-04-27
improved and improved to make it safe to use. Since the development of the saw blade for dry cutting...